Former Counter-Strike: Global Offensive pro Shroud made a not-so triumphant return to the game yesterday. The streamer, who retired from the game in 2018 after having played his whole career for Cloud9, played his first matchmade game in weeks, only to achieve what he says is the lowest competitive rank of his life.

Shroud the streamer is best known for playing battle royale games like PUBG and Apex Legends. Last night, however, he played a few games of CS:GO – despite winning, he only made it to the FPS title’s sixth-highest rank, Master Guardian Elite.

Now, from where I’m sitting, that’s no mean feat. Master Guardian Elite is the top rank of the game’s second matchmaking tier, a level far beyond what the vast majority of players will ever reach – after more than 100 hours, I was barely able to claw my way into that tier. Most professional players, however, sit in the game’s top rank, The Global Elite, a full five classes above Shroud, and at a level I’ve long since abandoned hope of getting anywhere near.

Shroud took his new rank in good humour, but told viewers that he’d “never had this rank in my life.” He won his first game back, but lost the two following matches, which could mean he’s fallen even further in CS:GO’s standings.

Sadly, Shroud’s return to the game seems to have been short-lived. At the end of his final game, he told his teammates that “I’ll see you guys in two months.” It would seem that the streamer’s time with the game isn’t over for good, but it won’t be a central part of his repertoire going forward.

Shroud’s been struggling to find a game to play regularly in recent weeks. He’s been flitting back and forth between Apex Legends and PUBG, finding it difficult to play either for an extended length of time due to a series of technical difficulties. With CS:GO in his back pocket, however, maybe he’ll find himself a little more comfortable in future. 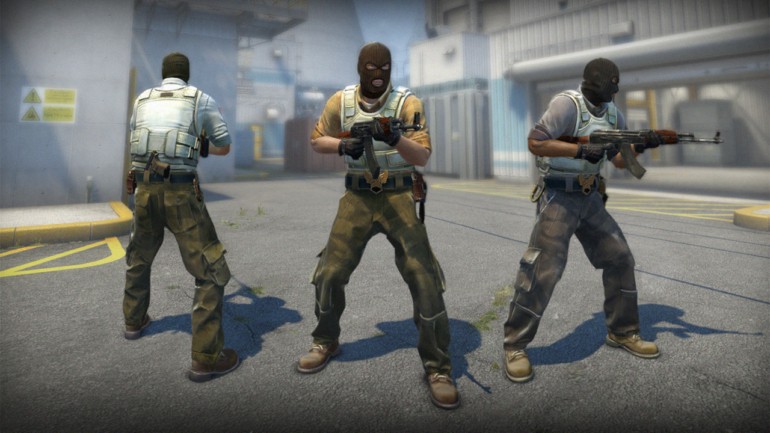